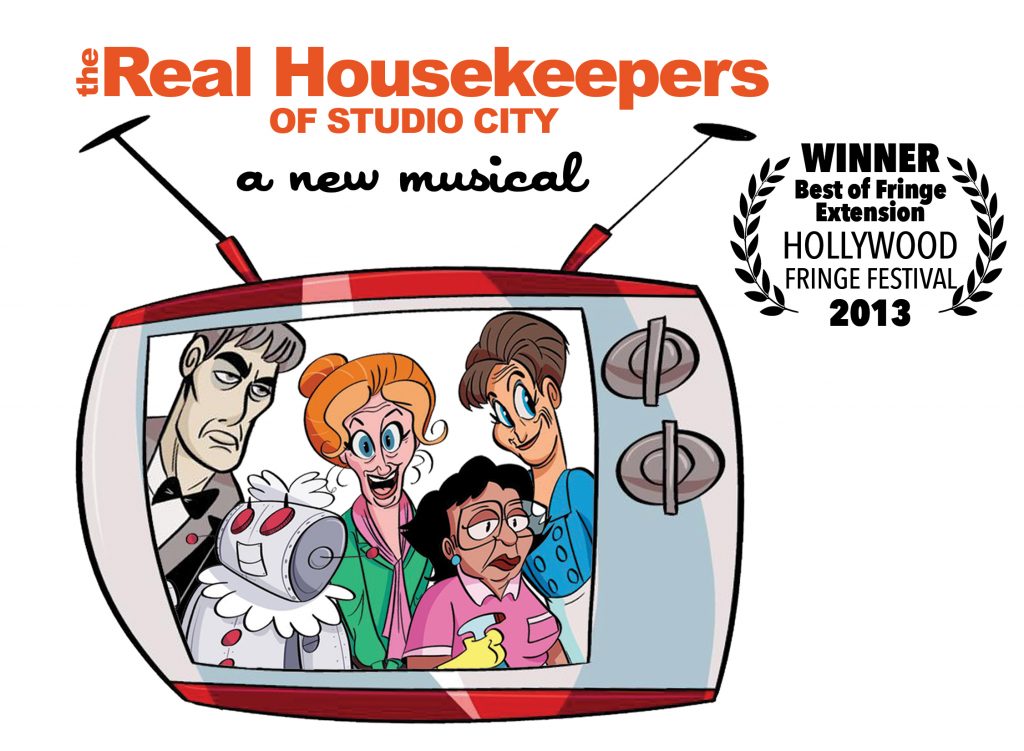 Summary: Studio City is a terrific place to live if you're a television character. In fact, it's the fantasy place where EVERY television character lives. But for Ashley Tribbiani, (Joey Tribbiani's ex-wife), it will only feel like home if she becomes a TV character herself. Ashley plans to audition for a reality show of her own, but she knows she needs the one thing every reality star has: a sassy maid. With the help of her teenage kids and her best friend Scot, she interviews all the Studio City maids, from Edna Garrett to Tony Micelli, from Rosey the Robot to Lurch. How will Ashley learn the the lessons they have to teach her, and who will become her maid? The Real Housekeepers of Studio City was nominated for Best Musical and Best World Premiere at Hollywood Fringe Festival 2013, and was called a "bite-sized candy bar" by the Los Angeles Times.

Credits: Moore and Powers wrote the book and lyrics for REAL HOUSEKEEPERS, with music by Joe Greene. Illustration by Kyle Carrozza.