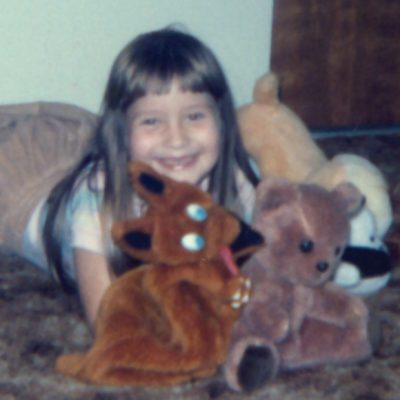 You might call Tom Moore and Heidi Powers “early adopters.” At age one, she was glued to the television, dancing gleefully to the Muppets before she could even walk. At five, he cried on the way home from Star Wars, overwhelmed by the idea that he would never again experience the adventures he had just had. (The concept of repeat viewing having not yet occurred to him.) By the time they could write, they were staging plays for their friends and their stuffed animals, a thousand miles apart.

Their passion for storytelling led to creative degrees, with Tom making an honors-winning student film at Wesleyan University and Heidi managing a Shakespearean theater company at the University of Michigan. Before they met in Los Angeles, they had established their own entertainment careers – Tom as a nonfiction television editor, and Heidi as a writer/producer for film marketing.

Their passion for each other led to one marriage, and one writing partnership. When they began to collaborate, they brought out new creativity in each other, resulting in a pair of stage musicals created with composer Joe Greene. The Real Housekeepers of Studio City premiered in Los Angeles in 2013; Bronies: The Musical! won the award for Best Musical at Hollywood Fringe Festival 2014.

As collaborators, Tom’s experience in editing keeps their storytelling swift and structured; Heidi’s marketing expertise guides their overall style and tone. Together they have developed a portfolio of stage, screen and television writing filled with flawed but lovable characters finding humor in the strangest of places. They hope to inspire early adopters of their own creative work – to make one-year-olds dance and five-year-olds cry.