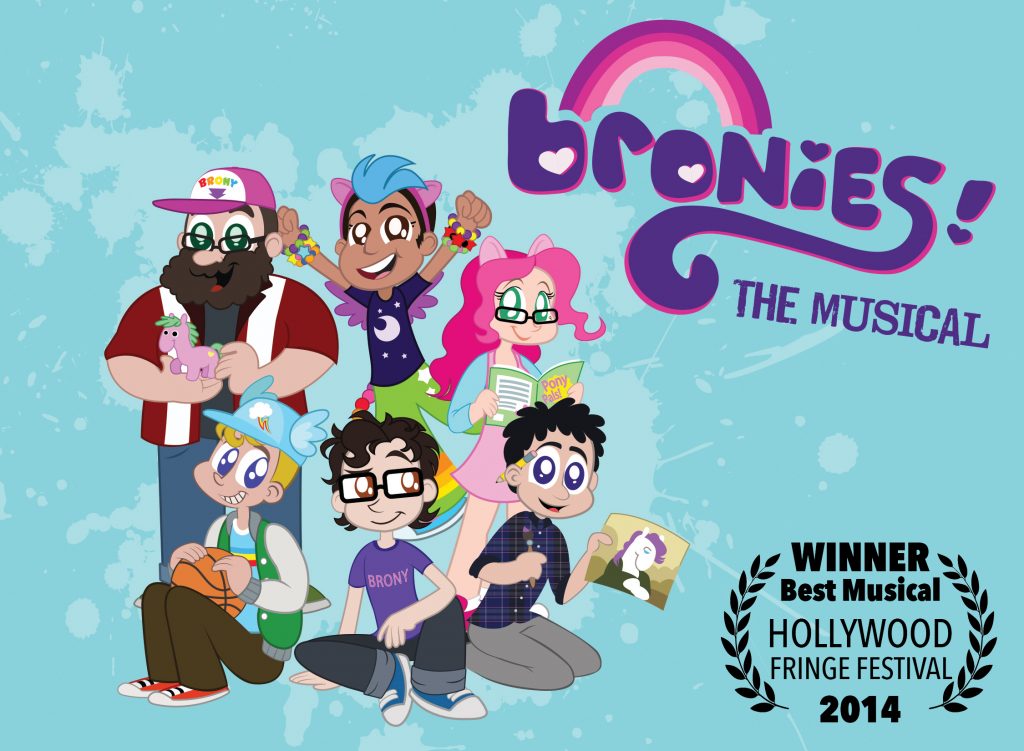 Summary: In a small-town high school, clever loner Tyler, artistic janitor Jacob and popular jock Austin are the farthest thing from friends. When they stumble upon a television program called The Pony Show, they discover that it speaks to them, literally. The glamorous Pony Diva Goddesses help guide them through their personal struggles, but can they learn to stand up for each other, and themselves? BRONIES received rave reviews from critics and audiences during both Los Angeles productions. It won the award for Best Musical at Hollywood Fringe Festival 2014, where it played a completely sold-out run and extension.

Credits: Moore and Powers wrote the book and lyrics for BRONIES, with music by Joe Greene. Illustration by Samantha Krause and Lindsay Smith.